On Marxism and the Value of Bitcoin - The eCoin 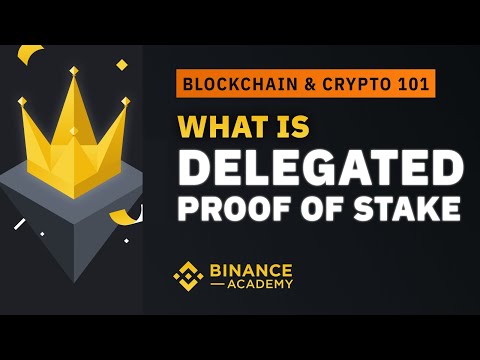 How To End The Cryptocurrency Exchange "Wild West" Without Crippling Innovation

​
In case you haven't noticed the consultation paper, staff notice, and report on Quadriga, regulators are now clamping down on Canadian cryptocurrency exchanges. The OSC and other regulatory bodies are still interested in industry feedback. They have not put forward any official regulation yet. Below are some ideas/insights and a proposed framework.
​
​
​
Many of you have limited time to read the full proposal, so here are the highlights:

Effective standards to prevent both internal and external theft. Exchange operators are trained and certified, and have a legal responsibility to users.

Provides visibility to Canadians that their funds are fully backed on the exchange, while protecting privacy and sensitive platform information.

Establishment of basic insurance standards/strategy, to expand over time. Removing risk to exchange users of any hot wallet theft.
​
​

(1) Proper multi-signature cold wallet storage.
(a) Each private key is the personal and legal responsibility of one person - the “signatory”. Signatories have special rights and responsibilities to protect user assets. Signatories are trained and certified through a course covering (1) past hacking and fraud cases, (2) proper and secure key generation, and (3) proper safekeeping of private keys. All private keys must be generated and stored 100% offline by the signatory. If even one private keys is ever breached or suspected to be breached, the wallet must be regenerated and all funds relocated to a new wallet.
(b) All signatories must be separate background-checked individuals free of past criminal conviction. Canadians should have a right to know who holds their funds. All signing of transactions must take place with all signatories on Canadian soil or on the soil of a country with a solid legal system which agrees to uphold and support these rules (from an established white-list of countries which expands over time).
(c) 3-5 independent signatures are required for any withdrawal. There must be 1-3 spare signatories, and a maximum of 7 total signatories. The following are all valid combinations: 3of4, 3of5, 3of6, 4of5, 4of6, 4of7, 5of6, or 5of7.
(d) A security audit should be conducted to validate the cold wallet is set up correctly and provide any additional pertinent information. The primary purpose is to ensure that all signatories are acting independently and using best practices for private key storage. A report summarizing all steps taken and who did the audit will be made public. Canadians must be able to validate the right measures are in place to protect their funds.
(e) There is a simple approval process if signatories wish to visit any country outside Canada, with a potential whitelist of exempt countries. At most 2 signatories can be outside of aligned jurisdiction at any given time. All exchanges would be required to keep a compliant cold wallet for Canadian funds and have a Canadian office if they wish to serve Canadian customers.
(2) Regular and transparent solvency audits.
(a) An audit must be conducted at founding, after 3 months of operation, and at least once every 6 months to compare customer balances against all stored cryptocurrency and fiat balances. The auditor must be known, independent, and never the same twice in a row.
(b) An audit report will be published featuring the steps conducted in a readable format. This should be made available to all Canadians on the exchange website and on a government website. The report must include what percentage of each customer asset is backed on the exchange, and how those funds are stored.
(c) The auditor will independently produce a hash of each customer's identifying information and balance as they perform the audit. This will be made publicly available on the exchange and government website, along with simplified instructions that each customer can use to verify that their balance was included in the audit process.
(d) The audit needs to include a proof of ownership for any cryptocurrency wallets included. A satoshi test (spending a small amount) or partially signed transaction both qualify.
(e) Any platform without 100% reserves should be assessed on a regular basis by a government or industry watchdog. This entity should work to prevent any further drop, support any private investor to come in, or facilitate a merger so that 100% backing can be obtained as soon as possible.
(3) Protections for hot wallets and transactions.
(a) A standardized list of approved coins and procedures will be established to constitute valid cold storage wallets. Where a multi-sig process is not natively available, efforts will be undertaken to establish a suitable and stable smart contract standard. This list will be expanded and improved over time. Coins and procedures not on the list are considered hot wallets.
(b) Hot wallets can be backed by additional funds in cold storage or an acceptable third-party insurance provider with a comprehensive coverage policy.
(c) Exchanges are required to cover the full balance of all user funds as denominated in the same currency, or double the balance as denominated in bitcoin or CAD using an established trading rate. If the balance is ever insufficient due to market movements, the firm must rectify this within 24 hours by moving assets to cold storage or increasing insurance coverage.
(d) Any large transactions (above a set threshold) from cold storage to any new wallet addresses (not previously transacted with) must be tested with a smaller transaction first. Deposits of cryptocurrency must be limited to prevent economic 51% attacks. Any issues are to be covered by the exchange.
(e) Exchange platforms must provide suitable authentication for users, including making available approved forms of two-factor authentication. SMS-based authentication is not to be supported. Withdrawals must be blocked for 48 hours in the event of any account password change. Disputes on the negligence of exchanges should be governed by case law.

Continued review of existing OSC feedback is still underway. More feedback and opinions on the framework and ideas as presented here are extremely valuable. The above is a draft and not finalized.
The process of further developing and bringing a suitable framework to protect Canadians will require the support of exchange operators, legal experts, and many others in the community. The costs of not doing such are tremendous. A large and convoluted framework, one based on flawed ideas or implementation, or one which fails to properly safeguard Canadians is not just extremely expensive and risky for all Canadians, severely limiting to the credibility and reputation of the industry, but an existential risk to many exchanges.
The responsibility falls to all of us to provide our insight and make our opinions heard on this critical matter. Please take the time to give your thoughts.

Buying Ether in Canada, my experience with different exchanges

196 reviews of Binance - "I JUST TRIED THIS NO UPFRONT PAYMENT !!!!! NO UPFRONT PAYMENT I made a deposit of $10,000 into this broker on 1st December, then I got a call from the account manager telling me about my account and the bonuses I could get if I put in more money. He was really good at convincing (maybe he brainwashed me ) I later put $86,000 in total.Then I sent all of my verification ... In part 2 of our conversation with Bram Cohen, Bram explains how his new cryptocurrency project Chia hopes to build on the blueprint of Bitcoin, but instead of using the energy-intensive proof-of ... What is bitcoin worth? That would seem like a fairly easy question, answerable by simply checking the top banner of this very page. But what gives it this value? That would seem to depend on who you ask. Proof of Work. There are some for whom the answer to even this question appears simple. Bitcoin has value because there is a cost in terms of processing power and energy usage to mine it ... Bitfinex and Tether are being sued in a class action for having used tethers to manipulate the price of Bitcoin. The suit — 95 pages, but a fairly straightforward read that’s well worth your time — includes a history of Tether’s manipulations that is basically what people like me have been shouting from the rooftops for the past couple of years. Apr 28, 2020 - Explore Cryptoknowmics's board "binance", followed by 4492 people on Pinterest. See more ideas about Cryptocurrency, Cryptocurrency news, Crypto coin. High quality Proof Of Work gifts and merchandise. Inspired designs on t-shirts, posters, stickers, home decor, and more by independent artists and designers from around the world. All orders are custom made and most ship worldwide within 24 hours. A proof of work is proof for the digital world that you spent resources in the real world." [email protected], independent #cryptocurrency researcher Click To Tweet "#bitcoin is secured by people setting financial incentives and others responding to those incentives. He recommended that Ethereum should transit from being a Proof-of-Work to Proof-of-Stake project. In PoW, each miner has to compete with other miners in the network to solve a mathematical problem by providing its compting power. The more the computing power is, the better is the probability of the miner to solve the problem and win the block reward. On the other hand, PoS protocol allocates ... Blog > News > Satoshi’s Bitcoin White Paper Turns 12 on Halloween “I’ve been working on a new electronic cash system that’s fully peer-to-peer, with no trusted third party.” Exactly 12 years ago on Halloween, a new chapter in global finance began with these innocuous words, words that still scare many in the traditional finance sector to this day. Proof-of-Work is also commonly abbreviated as PoW. It is the oldest method of consensus. The idea was published by Cynthia Dwork and Moni Naor. Saturday, October 3 2020 Breaking News. Proof of Work (POW)- What it is & How it Works; USDT Is A Game Changer For Online Poker; The Detailed Guide on the Distributed Ledger Technology (DLT) Think Smart, Learn Blockchain Before Investing in it ...

Live BTCUSD Bitcoin Trading Cloud Bot for Deribit Live Free Crypto Robot 111 watching Live now 🔴investing in KAVA on Binance Launchpad IEO [LIVE claiming tickets] - Duration: 13:28. Support Me On Patreon! https://www.patreon.com/TheModernInvestor ----- Protect And Sto... Sign up to Binance with a lifetime 10% discount on fees: https://www.binance.com/en/register?ref=F5LSFMC8 Get to know about both pros and cons of distributed... ⛏️Cloud Mining⛏️ - Hashflare » http://bit.ly/GTCHashFlare - Genesis Mining » http://bit.ly/GTCGenesisMining Use my code Ui4fq3 to get 3% off of genesis minin... This video is unavailable. Watch Queue Queue New Difficulty Adjustment Algorithm (DAA) - Responsive Proof-of-Work difficulty adjustment allows miners to migrate from the legacy Bitcoin chain as desired, while providing protection against ... Binance Exec Says of JPMorgan's Support for Crypto Firms. NANO Unveils Tipbot for Over a Billion WhatsApp Users. Crypto Anniversary: 10,000 Bitcoin (BTC) That Bought Two Pizzas in 2010 Now Worth ... Bitcoin Needs Your Face! http://blog.easybitz.com/2014/10/19/bitcoin-needs-your-face-video/ The media has worked hard make the world think of us bitcoin a ce... In diesem Tutorial schauen wir uns Bitcoin's Lösung zum Double-Spend Problem an - den Proof of Work. ACHTUNG: Kleine Korrektur: Die Difficulty wird alle 2016 Blöcke angepasst, das entspricht 14 ... The Delegated Proof of Stake (DPoS) consensus algorithm is considered by many as a more efficient and democratic version of the preceding PoS mechanism. Subscribe to keep up to date with more ...